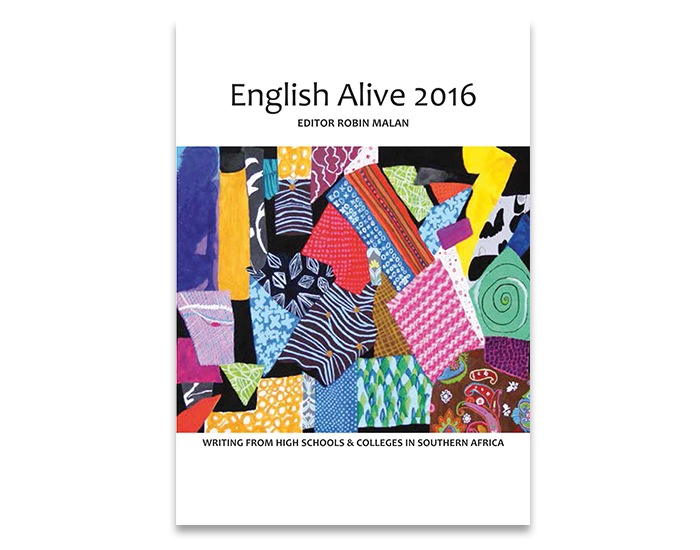 This is the annual edition for 2016, the fiftieth edition, edited by Robin Malan, with assistant editors Elaine Davie, Nicky Karstens, Sharon Sheldon, and Sue Wigham.

There are 55 pieces, drawn from students at 27 schools.

My mind’s flowers will be pollinated

By the immortal winds of Africa.

When this vessel eventually breaks

My soul will ascend to join other radiant flowers

In the garden of incandescent constellations

And walk above the clouds to get there.

Their footprints can be seen in the sky

When the sun has gone to sleep.