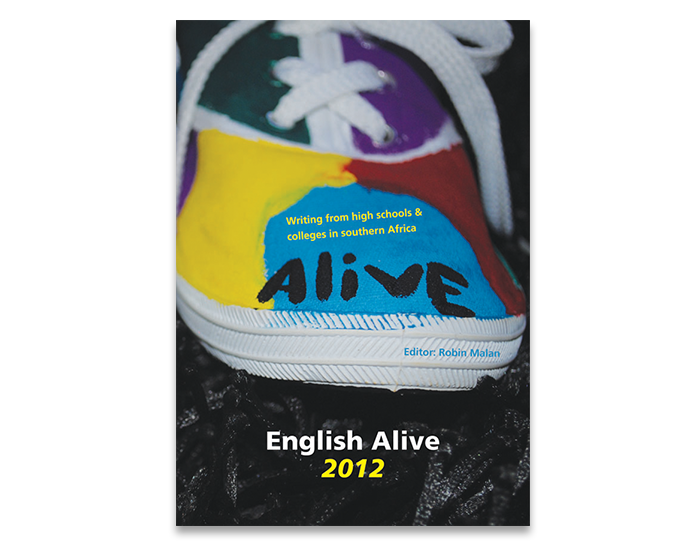 This is the annual edition for 2012, the forty-sixth edition, edited by Robin Malan with assistant editors Jerome Damon, Elaine Davie and Nokuthula Mazibuko. It features cover artwork by Chelsey Percival (Pretoria High school for Girls).

It features the work of, among others, Francis de Satgé (Westerford High School),

What I am without English.