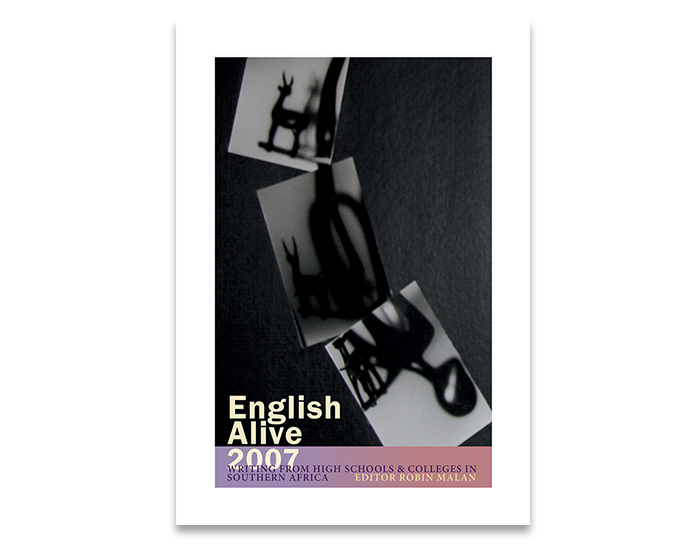 This is the annual edition for 2007, the forty-first edition, edited by Robin Malan with assistant editors Jerome Damon and Nokuthula Mazibuko. It features cover artwork by Amena Hayat (Wynberg Girls’ High School, Frank Joubert Art Centre). There are 66 pieces, in 80 pages.

… She swallowed hard as she saw that the piece in her hand had a section of pink colouring, the same pink as her bathrobe. Sifting through the jumble she selected all the pink pieces and worked them into the picture. She knew what she would see, but it still came as a shock as she looked down to find herself bent over the table assembling the jigsaw.

Her heart now thumping in her chest, the pounding of the blood ringing in her ears, her hands seemed to work independently, snapping up the remaining pieces of the picture. The rest of the table, even the half-empty glass of water on the sideboard was there in the picture. Incredible! The dark blue and black areas of the picture made up the night outside her patio windows. The last piece clicked into place and she stood wide-eyed, surveying the finished puzzle.

It was only after several seconds that she noticed …