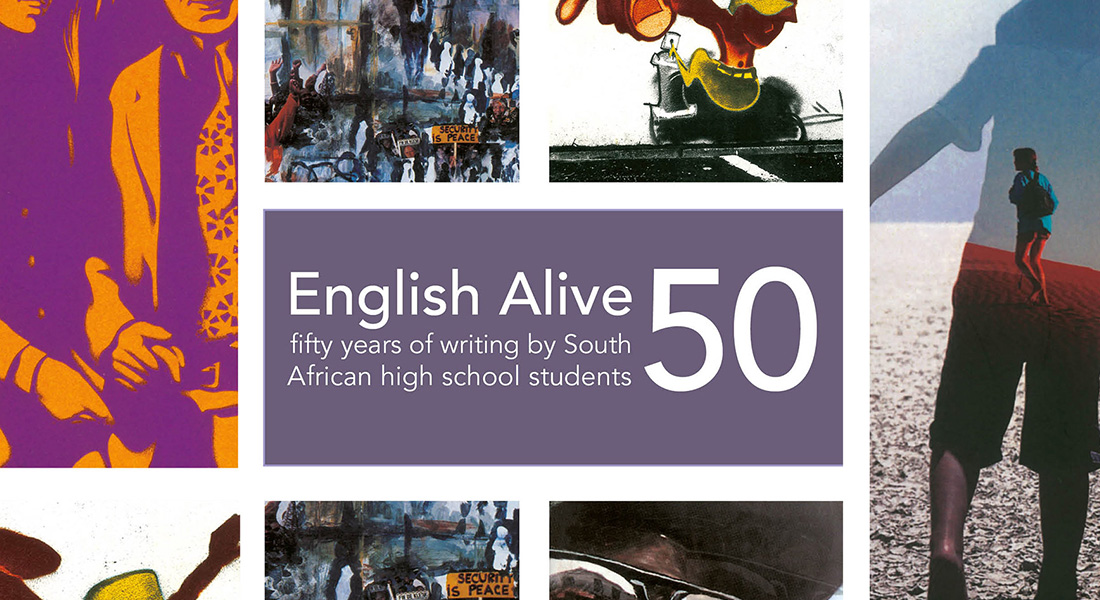 In October 2016 Pearson SA published the above anthology, which I compiled. I was one of the founding editors of English Alive in 1967, and I am pleased, fifty years later, to be looking back over the fifty editions of English Alive and selecting 230 pieces of writing spanning those years.

There are several things to be said about fifty years of English Alive:

The first is that English Alive is a national project of the South African Council for English Education (SACEE), and the production of the annual anthology has been in the hands of SACEE’s Western Cape branch.

Second, it is astonishing that a completely independent and unsubsidised literary journal of high school writing should have lasted fifty years, without a single break in production.

Third, viewed chronologically, the pieces in this fiftieth-anniversary anthology give a fascinating overview of what was happening in and to South Africa over those momentous fifty years, and how South Africa’s young adults reflected and reacted to their lived reality.

Fourth, it is completely remarkable how many people first published in English Alive went on to become established professional writers: poets, playwrights, novelists, short story writers, non-fiction authors, editors and journalists. In the anthology there are notes on contributors who have achieved in literary and related fields. Far too many to mention here in full, but here’s a sample of just 20 names:

Pearson SA has not only sponsored the publishing of this 240-page anthology but has printed 2 500 copies to go to as many schools, gratis. No copies will be sold. SACEE branches throughout the country have been drawing up lists of schools to approach with these gift copies. If there is a teacher reading this whose school has not received an invitation to acquire a copy, please email your details to englishalive@iafrica.com and we will arrange for a copy.

What SACEE wants is for the anthology to be used in classrooms throughout the country, both as stimulus for fruitful classroom discussion but also as a trigger for students’ own imaginative writing.